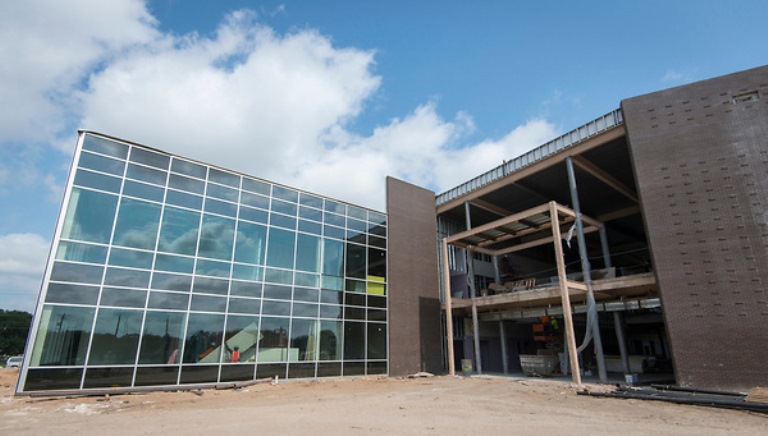 The proceeds of this endowment support integrated health projects for children who are not eligible for other similar services and who are at the highest risk in our society. Meet HealthCorps, Inc.!

HealthCorps has incorporated lifesaving practices through preventative and experiential health education. Coordinator McFadden additionally worked with school administration and staff to create a HealthCorps Living Labs Sustainability Plan which laid out the tools and resources needed to ensure the ongoing implementation of the various health programs enjoyed and supported by the students, staff and community leaders.

Throughout all HealthCorps lessons, Coordinator McFadden focused on improving the self-­efficacy of student health behaviors by utilizing interactive demos, making material relevant to the student population, and giving students the opportunity to share with and learn from their peers. Coordinator McFadden was also able to promote health during the lunch period through fun lunchtime demonstrations such as Pushuptember, a month-­long campaign where staff and students learned how to do a proper pushup and were encouraged to engage in the activity regularly, and Water Wednesdays, where staff and students learned about the benefits of drinking water and were encouraged to do so throughout the day. Sharpstown Senior Hazim Rassan has lost 35 pounds since he began receiving the HealthCorps Curriculum in the Fall of 2015. “Mr. Mac taught me what I needed to keep the weight off.” As part of Coordinator McFadden’s sustainability plan for Sharpstown, he created organized boxes of lesson materials and provided training on how to access the HealthCorps Curriculum on CK-­12.org to all interested staff members.

The abbreviated data protocol allowed HealthCorps’ team to collect health behavior data from 100 students, results of which are quite interesting. Here are some of the key findings from the aggregated self-­reported behavior survey:
• A majority of students surveyed (68%) reported they eat fruits and vegetables with “some” of their meals with 22% reporting with “almost every meal.” However, on the opposite end, 38% reported they only eat fruits and vegetables “every day or two” or “almost never.”
• 51% of students reported frequent sugary drink consumption of at least 2 sugary drinks a day. However, the vast majority (90%) reported they at least drink some water with 61% reporting they “drink a lot.” By continuing to encourage the consumption of water, especially in place of sugar-­sweetened beverages, students and staff can easily achieve the USDA dietary guideline around beverages.
• The majority of students surveyed are exercising only “1-­3 days a week” (41%) or “never” (13%), and the most popular exercise style is walking, a very low-­impact activity.
• Dinners prepared at home are more likely to be more healthful than dinners consumed outside of the home. 76% of students reported eating dinner at home at least 4-­5 nights each week.
• Students are either consuming a healthy breakfast (43%) or an unhealthy breakfast or nothing at all (56%).