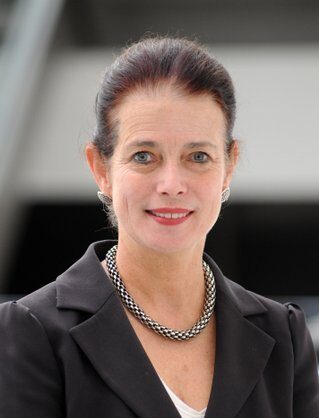 Peggy B. Smith, Ph.D., full Professor in the Departments of Obstetrics and Gynecology, Psychology, and Pediatrics, Baylor College of Medicine, is committed to the provision of quality mental and physical health care programs to inner city teens and actively conducts research and evaluation concerning a variety of adolescent issues. As the CEO of the Teen Health Clinics, Dr. Smith is responsible for overall direction, evaluation, and funding of this countywide system of 9 comprehensive reproductive health programs for indigent teens. Dr. Smith has published over 170 articles on teenage sexuality and pregnancy and has published 3 books on adolescent pregnancy and reproductive health. She has also been the lead evaluator of a statewide initiative involving young men in the prevention of adolescent pregnancy and has managed the assessments of 5 programs in Texas.

Dr. Smith was appointed by Governors White, Clements, Richards, and Bush to serve as Chair of the Children’s Trust Fund. She also served on Governor Richards’ State-wide Health Task Force to reform health care delivery for the State. She has been an American Leadership Forum fellow and was also appointed by the Speaker of the Texas Legislature to serve on the Select Committee on Adolescent Pregnancy. Dr. Smith is currently serving on the state wide advisory board for the Nurse Family Partnership and was actively involved in the Texas Legislature and the legislative process that supported state support of this program. She was successful in procuring NFP support for the Teen Health Clinics. Historically she consulted with Dr. David Olds early in the conceptualization of this approach at the old Jefferson Davis Hospital.

She received the Exchange Club’s Book of Golden Deeds for outstanding community service, the 1990 Women on the Move Award, the 1990 Spirit of American Women Award, the 1990 Heritage Award, and the 1996 Good Samaritan Award for her efforts in the area of health care and child abuse prevention. In 2003 she received the National Kezia DePelchin Award. This award is presented to an individual who has made significant contributions in promoting mental health and family development. Dr; Smith was also recognized by the immunization partnership as making significant contributions to the health of adolescents and young adults. She has been identified by the Texas Medical Center as a pioneer in advancing professional women in this area.

She has chaired the Greater Houston Collaborative for Children, a consortium of Texas foundations, and the statewide Family Planning Advisory Committee for the Commissioner of Texas Department of Health. She has served on the National Advisory Council for the Hogg Foundation and the Board of Directors of Episcopal Health Charity.

Dr. Smith received a B.A. in Psychology, a M.A. in Special Education and a Ph.D. in Education from the University of Texas at Austin.