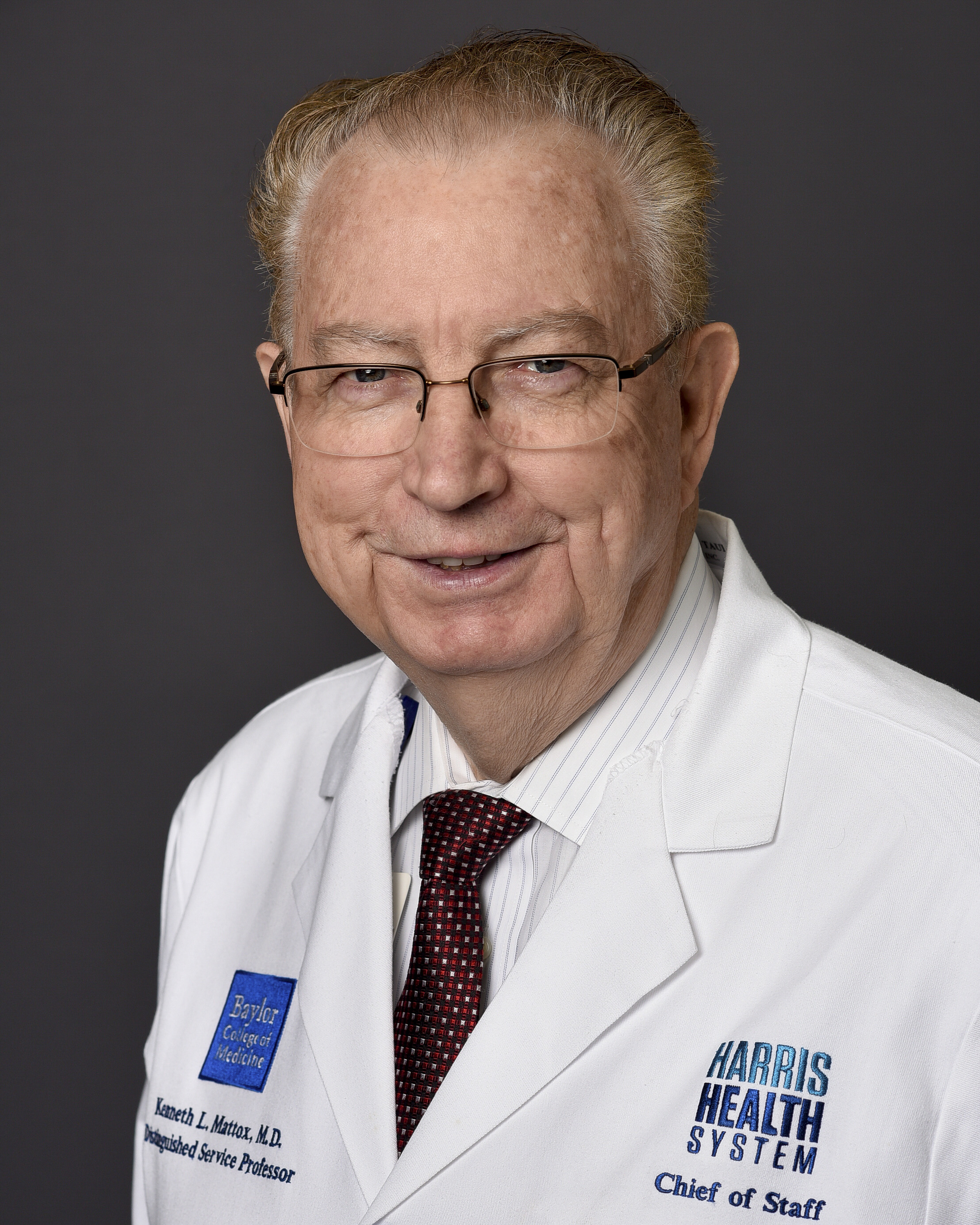 Kenneth L. Mattox, MD, FACS, is Professor and Distinguished Service Professor in the Michael E. DeBakey Department of Surgery at Baylor College of Medicine and holds the position of Chief of Staff/Chief of Surgery at the Ben Taub General hospital, Houston, Texas. He helped develop the internationally renowned Ben Taub General Hospital Emergency Center and its equally respected Trauma Center. His reputation as an innovator in trauma care is known worldwide. Doctor Mattox is Past President of the American Association for the Surgery of Trauma, Secretary-Treasurer of the Michael E. DeBakey International Surgical Society. He previously chaired the Mayor’s Red Ribbon Committee to address HFD Emergency Medical Services and sat on the Hospital Subcommittee of the Mayor’s Special Task Force on the Medical Aspects of Disaster.

Currently, Doctor Mattox serves as consultant to the Center for Biologic Evaluation and Research of the FDA. Doctor Mattox has served on the Board of Directors of the Rotary Club of Houston, Doctors’ Club of Houston, Wayland Baptist University, American Association for the Surgery of Trauma, Southeast Texas Trauma Regional Advisory Council, the American College of Surgeons Board of Governors, and serves as Chairman of the Board of the John P. McGovern Museum for Health & Medical Science. Most recently, Doctor Mattox has been named to the Health Care Delivery subcommittee of the Defense Health Board, a federal advisory committee to the Secretary of Defense. He has received numerous awards for his accomplishments, and his textbook, Trauma, is an international best seller, now in its seventh edition.