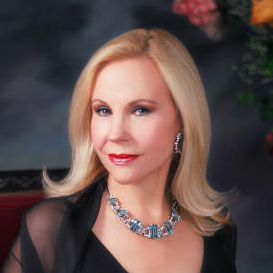 Carolyn Farb personifies the perfect volunteer whose commitment to hard work over the past several decades has set the standard for philanthropic efforts. Whatever energy and creativity she gives to a project, she receives much more in return. “I can be totally exhausted, but sparkling inside.” The key to her volunteer work is her hands-on involvement and leadership role. Her vision, intensity of purpose, and total commitment distinguishes her as a role model for all volunteers. Her life exemplifies public service and is an example of the power of one that an individual makes. Houston’s premier volunteer fundraiser and event creator, Dr. Carolyn Farb, hc, exemplifies the essence of public service and philanthropy. She is a native Texan whose passion shines not only throughout the Lone Star State, but internationally. No one can equal her passion for embracing a cause, living it, breathing it, nurturing it and championing it until others become true believers as well. Dr. Farb’s fundraising style, spirit and successes have set national standards with each succeeding project with which she is involved. One secret of her success is her total commitment and concentration, giving 200 percent of herself, her time and her considerable expertise. From medical research, children’s charities, and women’s issues to the arts, education, and the environment, Carolyn’s skill, talent and entrepreneur as a volunteer fundraiser for more than 125 worthwhile nonprofit organizations. Carolyn has raised funds for Texas Neurofibromatosis Foundation, Houston Ballet Foundation, Museum of Fine Arts Houston, established the first Challenger Center for Space Science Education at the Museum of Natural Science, chaired telethons for the United Cerebral Palsy, Stages Repertory Theatre, Dominic Walsh Dance Theater, I Have a Dream-Houston, San Jacinto Girl Scout Council, High School for Performing and Visual Arts, University of Houston, Helping a Hero to mention a few.

In 1983, Dr. Farb’s independent Texan spirit led her to become the first chairperson in Texas to raise a million dollars in a single evening for the Stehlin Foundation for Cancer Research. Her record setting philanthropic work has touched many organizations like the 1980 Houston Ballet foundation “”Soiree on the Swanee”‘ which netted $200,000. At the 1999 Quest for Excellence Award Gala, her visionary style tested the market and established a new benchmark in Texas fundraising by setting the top table levels for an event at $100,000. The event benefitted the College of Natural Sciences at the University of Houston, netted more than $3 million and set a special event record for the institution. Carolyn’s famous ‘zero budget” philosophy is followed in every event she undertakes. “Marvin’s Million Dollar Evening,” a night of music with Don Henley and Lyle Lovett, raised over $3.5 million in support of breast and prostate cancer research for the M. D. Anderson Cancer Center. In addition, she serves on numerous boards including serving as past Chairman of the Board for UNICEF Southwest Region, the Northwood University Executive Board, The High School for the Performing and Visual Arts, the Huffington Center on Aging, The Texas Innocence Network, Children of Nicaragua Rotarian Project and Rotarian International Efforts. Dr. Farb has raised in excess of $50 million benefiting innumerable charitable and non-profit organizations. She is the author of “The Fine Art of Fundraising”, a practical how-to guide for volunteers published in 2004 by Emmis Publishing, as well as “How to Raise Millions, Helping Others, Having a Ball”. Her latest book is for children, entitled “Lucas Comes to America,” published by AuthorHouse.

Dr. Farb’s honors are many and most recently include the President’s Volunteer Service Award from USA Freedom Corps, the Illustrious Modern Award from the Wedgwood Society, the Diana Award, YWCA Woman of the Year, I Have a Dream Dreammaker Award, the National Foundation for Crohn and Colitis Winter Ball Woman of Distinction Award and the Volunteers of America’s Regional and National Service Awards. In 1992, the University of Texas M. D. Anderson Cancer Center established the Carolyn Farb Permanent Endowed Lectureship in Neurofibromatosis, which brings distinguished scientists and researchers. She was a Community Hero Torchbearer for the 1996 Olympics. In 1998, she received the Children’s Medallion of Honor from UNICEF. She was inducted into the Texas Philanthropy Hall of Fame in 1997. In 2003, Dr. Carolyn Farb, established support for the first Challenger Learning Center at the Houston Museum of Natural Science, and received The Challenger Seven Award. In 2006, she was selected as the first Cadillac Texas Legend sponsored by Cadillac, The Houston Chronicle and KHOU-TV 11.

Carolyn has served as a juror for the Jefferson Awards for the last several years. Her current projects include funding a documentary on Camp Logan. She successfully chaired the campaign for Playgrounds without Limits in Memorial Park which opened in December, 2006. A second Vale-Asche Playground opened April 16th, 2011 on West Grey. These inclusive playgrounds improve the quality of life and play for children of all abilities. The Vale-Asche Playground was a landmark for Houston with the purpose of establishing “inclusive playgrounds” as a rule rather than an example. In addition, Carolyn performed the role of Ida in “Die Fledermaus” for Opera in the Heights. The Carolyn Farb Papers can be visited online. In 2009, Dr. Farb chaired the inaugural “Firebird Soiree” benefitting the Dominic Walsh Dance Theater and “Always Patsy Cline” benefitting Stages Repertory Theatre.” She has authored two books, How to Raise Millions, Helping Others, Having a Ball! Published by Eakin Press and The Fine Art of Fundraising published by Emmis Books both available on amazon.com.

Carolyn Farb is a native Houstonian who celebrates her birthday on February 8th. She attended the University of Oklahoma. In 2003, Carolyn received an Honorary Doctorate in Humanities from Northwood University, fulfilling a life-long dream.She is an avid art collector, loaning her pieces to museums across the globe. Carolyn is the mother of one son, Jake Kenyon Shulman, who passed away in 2004. She is supported by her best canine companion from the United Kingdom, Lucas- and his daunting son, Maximillian. Carolyn Farb personifies the perfect volunteer and the meaning of a true philanthropist.